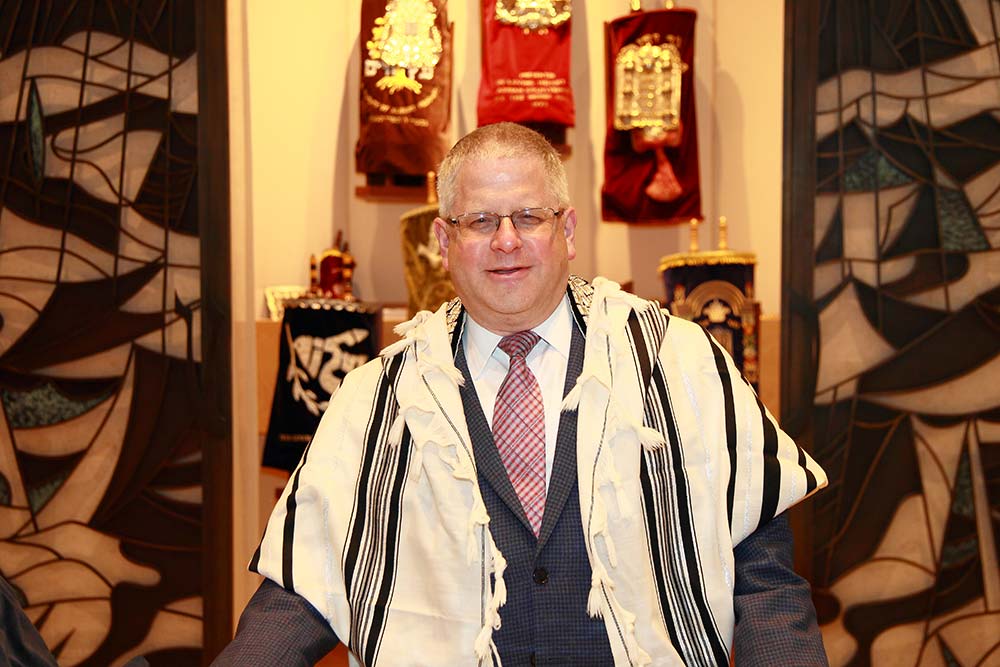 The rabbi is an important part of any person’s decision to join a synagogue, and that’s why we’re especially excited for you to meet Rabbi Jay M. Kornsgold.

Rabbi Kornsgold has been the spiritual leader of Beth El Synagogue since 1994. He is dynamic and filled with boundless energy. His sermons consistently inspire and educate in a warm and welcoming manner.

Rabbi Kornsgold provides leadership consistent with the tenets of Conservative Judaism. He is a natural teacher, always willing to listen and share ideas. And he is highly regarded by our congregation for his caring and compassionate nature, whether it is the youngest or the oldest member of the synagogue.

It is special when an entire congregation can so readily communicate and feel such warmth with their rabbi, and we welcome you to visit us for a service so we can introduce him to you. As busy as he is, he somehow manages to make every person in the congregation feel like a friend.

Rabbi Kornsgold’s service to the Jewish and general community is extraordinary. In addition to serving as Beth El’s Rabbi, Rabbi Kornsgold serves as the Vice President of the Rabbinical Assembly (the international association of Conservative rabbis) as well as a member of its Administrative Committee, Executive Council and Social Justice Commission. He previously served as Treasurer and Secretary. Rabbi Kornsgold is a Past President of the New Jersey Region of the Rabbinical Assembly, served as Chair of the International Social Justice Commission for nine years and Chair of the International Resolutions Committee for five years and has been a member of numerous Rabbinical Assembly committees over the years.

Rabbi Kornsgold currently serves as a member of the New Jersey State Cemetery Board, the National Council of AIPAC (the American Israel Public Affairs Committee), the National Rabbinic Council of State of Israel Bonds, the Board of Directors of MERCAZ, the Board of Directors of the Masorti Foundation, the Clergy and Jewish Professionals Advisory Board of the American Jewish Committee of Central New Jersey and the Advisory Board of the Jewish Community Relations Council of the Jewish Federation of Princeton Mercer Bucks.

Rabbi Kornsgold is a Past President of the Board of Rabbis of Princeton Mercer Bucks and a Past President of the Windsor-Hightstown Area Ministerium (which promotes inter-faith communication). He was a member of the Board of Directors of Abrams Hebrew Academy, the Advisory Board of the Albert A. List College of Jewish Studies at The Jewish Theological Seminary of America, the Board of Directors of the Center for Jewish Life at Princeton University and the Spiritual Advisor to the Northern New Jersey Region of the Federation of Jewish Men’s Clubs.

Rabbi Kornsgold received his Rabbinic Ordination, his Master of Arts and Bachelor’s Degrees from The Jewish Theological Seminary of America. He also received a Bachelor of Arts Degree in Political Science from Columbia University.

Prior to coming to Beth El, Rabbi Kornsgold served at Congregation Shaare Zedek in New York City, both as a student and later after he was ordained. During his rabbinical studies, he also served as a hospital chaplain at New York Hospital – Cornell Medical Center. Before deciding to become a rabbi, he interned for the Mayor of Philadelphia.

Rabbi Kornsgold is married to Leslie Ann Kornsgold and they have three children: Noam (married to Gavriella), Yona (married to Tamar) and Yaffa as well as a grandson, Shemayah Yair. The rabbi was born and raised in Philadelphia and is an avid Philadelphia sports fan. 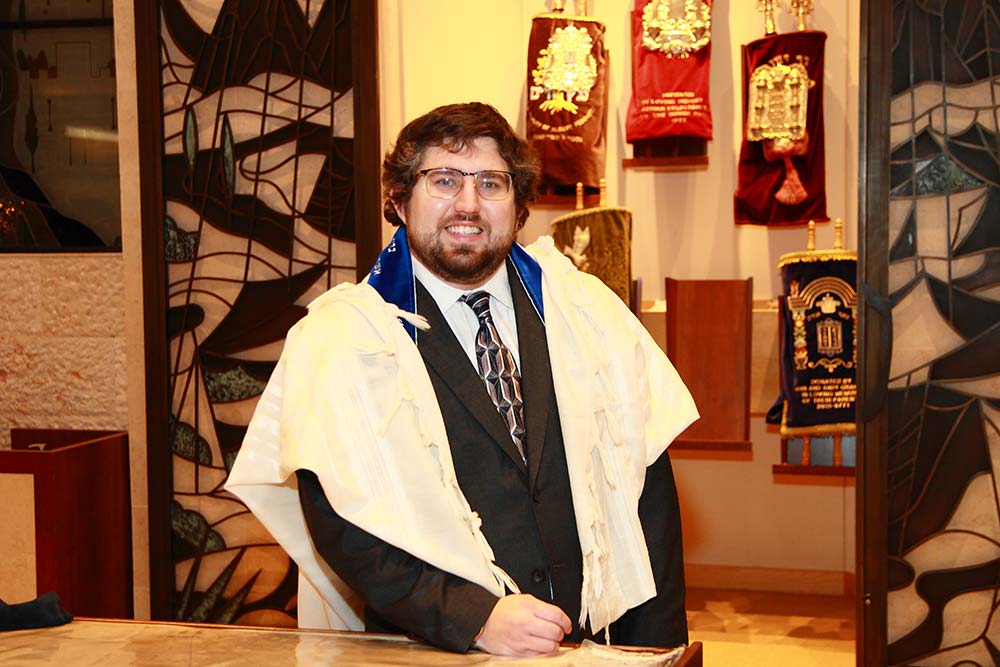 Rabbi Nover joined Beth El in 2019, and is the Assistant Rabbi and Education Director. He is our main service leader and runs our Pre-K – 10th religious education programs.

Rabbi Nover joined Beth El in 2019, and is the Assistant Rabbi and Education Director. He is our main service leader and runs our Pre-K – 10th religious education programs. Passionate about Jewish Education, he focuses on making Judaism relevant to his students. He lives by the saying “there are seventy interpretations to every verse in the Torah,” and loves to bring unconventional ideas to the discussion. Whether that’s looking at the physics of David’s sling or looking at Zombies and Judaism, Rabbi Nover tries to find a way to make Judaism matter to his students.

Originally from Texas, Rabbi Nover was highly involved with Camp Young Judea and USY. After high school, he went on Nativ, The College Leadership Program in Israel, where he studied at the Conservative Yeshiva and volunteered.  He then came to New Jersey for his undergraduate studies at Rutgers University, where he majored in Physics and Jewish Studies. He has been involved with supplementary schools as a student, as a teacher, and as an administrator for most of his life, and cares deeply about making them succeed. Before he officially decided to be a Rabbi (though he and everyone knew it would happen eventually,) Rabbi Nover served as a technology director, a science teacher, and was a Biomedical Sciences Research Intern at M. D. Anderson Cancer Center in Houston, Texas.

Rabbi Nover graduated from the Rabbinical School at the Jewish Theological Seminary in New York in 2019.  In addition to his rabbinic ordination, he earned a Master’s Degree in Hebrew Bible and Its Interpretation, a Master’s Degree in Jewish Education (with Honors), and a Masters Certificate in Israel Education from JTS. During his rabbinical studies, he served as a chaplain intern at Penn Health Princeton Medical Center, and as a rabbinic intern at Rutgers University Hillel.

He participated in the Matan Institute for Education Directors (Cohort 11) which helps Jewish Educational leaders understand how to design inclusive programs for students with special needs. He also participated in a Gender Equity in Hiring (cohort 6) training, and was selected to participate in the inaugural cohort of the Sefaria Innovators Circle.

Additionally, he is certified in First Aid/CPR/ Epipen, and in Youth Mental Health First Aid.

Rabbi Nover met his wife Heather in the Sukkah of his Hillel Rabbi. Their daughter Jane, attends Abrams Hebrew Academy in Yardley, and loves to “be rabbi with Rabbi Daddy.”